During her five years in the chemical industry she has overseen the development and implementation of several EPA programs at chemical facilities in nine states. These programs include, SPCC, RMP, SWP3, and FIFRA as well as OSHA's PSM program. She earned a Bachelor of Science in Chemical Engineering from the University of Tulsa and a Master's degree in Civil Engineering from the University of Kansas. Her passion for process improvement and efficient design lives up to the old saying: 'engineers aren't boring; they just get excited about boring things'.

Dr. Stuart L. Scott is a well-known technical authority in the areas of artificial lift, multiphase pumping, and production engineering/operations. He is a Distinguished Member of SPE and holds the ASME Henry R. Worthington Medal for "Eminent Achievement in the Evolving Field of Multiphase -Pumping.” Received the status of ASME Fellow January 2017.

Scott is formerly the Director of Technology for Petroleum Emerging Technology Corporation (Petroleum ETC). He currently is the Artificial Lift (Gas Lift SME) with Conoco Phillips. From 2008-2016, he managed the Shell Deepwater Artificial Lift Technology Program and served several years as the Artificial Lift / Pumping Principal Technical Expert (PTE) for Shell globally.  Before coming to Shell, Scott held the Bethancourt Professorship of Petroleum Engineering at Texas A&M University, was a faculty member at Louisiana State University (LSU) and worked for Phillips Petroleum Company in a variety of roles.  He holds B.S. and Ph.D. degrees in Petroleum Engineering and a M.S. degree in Computer Science all from The University of Tulsa.

Amanda Scott currently serves as the Business Development Strategist of The Energy Think Tank. Amanda’s role concentrates on expanding PetroleumETC’s The Energy Think Tank business portfolio by focusing on the critical issues in the industry, by seeking out new technological advances which will solve the operational needs of a company. Amanda works with operators and service companies, ranging from the super majors to small independents all seeking to enhance efficiency incorporating new innovative technology processes in their company. By staying abreast on current industry matters she takes an un-bias approach when tailoring academic information clients need to solve current and foreseeable issues facing the company. 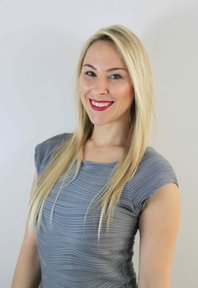 Nicole is a Houston-area event planner who focuses on creating balanced events while maintaining the creativity of each client. Her work in the Petroleum industry began in 2015. At Petroleum ETC, Nicole manages our event opportunities to provide memorable, life-enriching experiences for all attendees. She helps determine Petroleum ETC’s events and training strategy to better serve the industry as well as optimize the delivery of Petroleum ETC’s services nationally and globally. When it comes to event planning, her target is time management while still allowing space for attention to detail as well as holding a flawless, innovative technical production. Her degree is in Accounting and Business Management. As a young professional in the Houston area with a strong entrepreneurship mindset she has been on the Young Professionals Board for Big Brothers Big Sisters since 2013 and a Committeemen with the Houston Livestock Show Rodeo since 2015, where she enjoys spending her spare time.